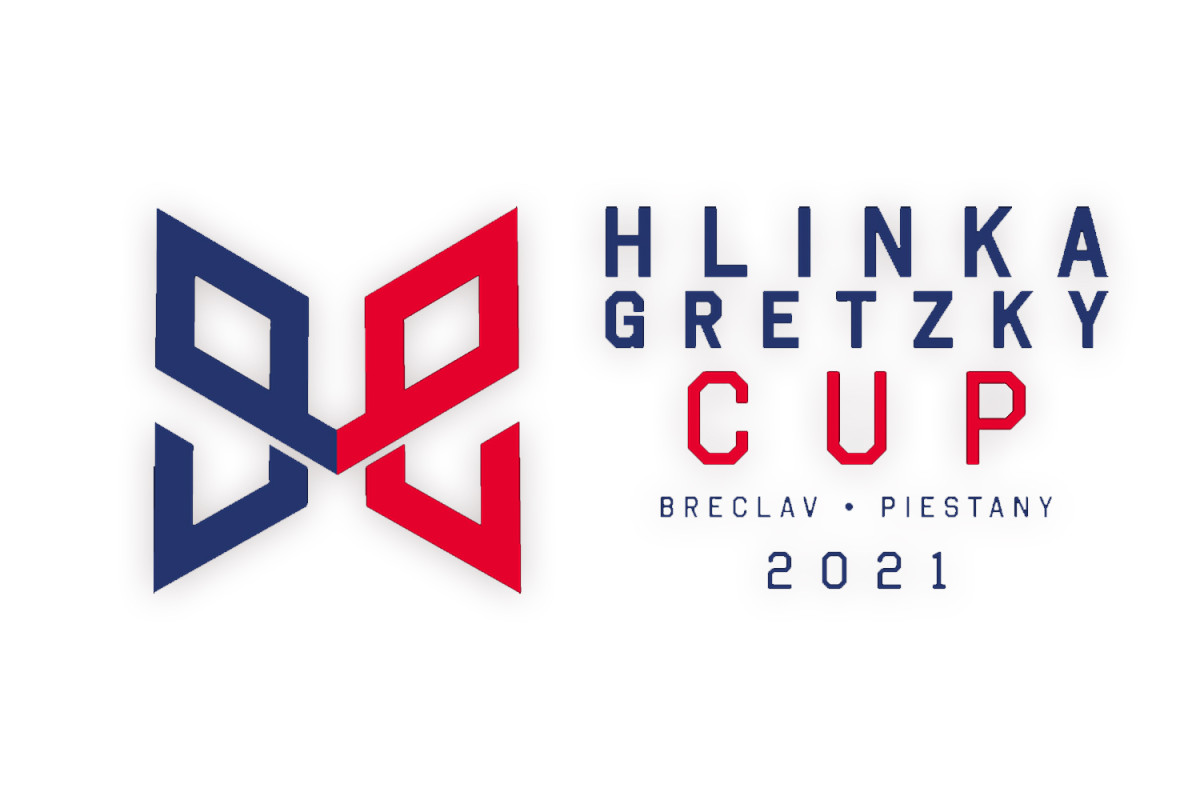 It is believed to have been first translated and inscribed by Josia Gilbert Holland and reads as, “God gives every bird its food, but does not throw it into the nest.”

The Swedish U18 team at the 2021 Hlinka Gretzky Tournament seemed to have taken these words to heart.

Calm, cool, collected; are just three of the words you could use to describe the Swedish Hockey team at the 2021 Hlinka Gretzky Cup. They arrived at the tournament knowing full well that they would need to work for every win. They did not expect anyone player to do it for them. The Swedish team relied on each other as a team to play their positions. Like the gears and cogs of factory machinery that need to work seamlessly together to create fine finished steel, as did the young Swedish players need to play to finish with a medal in this one. While they would leave the weekend with only third place, Sweden would show the world that they cannot be forgotten.

Many an NHL superstar has reigned from the land that has brought us the likes of ABBA, PewdiePie, and IKEA. The Sedin Twins, Mats Sundin, and Peter Forsberg have all called Sweden home. They all entered the NHL as early first-round draft picks and they all showed rather quickly, what Swedish hockey was all about. They had an innate ability to remain calm when everything seemed to be on the line and played the game with natural structure. They could pass to what seemed like nothing, only to have a teammate appear, from what seemed like nowhere, to put a one-timer on the net or make a play.

A similar same style of hockey can be seen with young Swedish players today. You may not see them running down players in the corners. You may not witness them looking for a big hit or pressuring to make a big highlight play. But the Swedish team entered the tournament looking like a well-oiled machine.

Their passes were usually crisp and clean. They tended to make the right decisions – admittingly not always with the best execution – and their positioning in the defensive zone was usually well spaced and stable.

While many of the Swedish players seemed to lack the finish of some of their predecessors, it has remained clear throughout time that the desired style of play remains the same.

In the Hlinka tournament this year, Sweden may not have had a player like Forsberg, drafted 6th overall, who scored 50pts in 47 games his rookie season.

Or the Twins, drafted back-to-back (2nd and 3rd) in 1999, who would go on to dominate the league with undefendable twin telepathy for years.

But Sweden did have a shortlist of players who played a strong tournament, relatively solid goaltending, and a structure that kept them competitive, no matter who they were up against.

Defenseman Calle Odelius played a very strong tournament. Speaking with scouts around the digital office of today, my message folders are filled with ecstatic optimism of where this kid could go.

“(Odelius) is an incredibly poised defender who’s tough to beat one-on-one, and likes to step up and smother the puck at the blue line,” is only one of the many strong words spoken about the future prospect.

DraftPro scout Alex Taxman continued, “Odelius is about as calculated as a player can be, and makes the small, barely noticeable plays that end up making a difference for his team. He’s an elite passer, with the ability to hit his teammates in stride from seriously impressive distances. In addition, he’s a gifted skater and puck carrier, making him one of the better zone entry specialists on the Swedish team.” It’s still hard to say exactly when this young defender may be picked up in the draft. But, with praises like that, it brings back reminiscences of a young Nicklas Lidstrom or Borje Salming.

Will he stretch-pass his way into the first round? Or will he follow his Hall of Fame countryman’s footsteps and slip deeper in the draft. Only to be a pleasant surprise for the top brass of the hockey world when finally called upon.

Filip Bystedt played center on one of the more dominating lines for the Swedish team. With 3 goals and 7 points across 5 games, Bystedt showed he can be a threat on the international stage. He is 6’4” and 192lbs, making him a very large teenager indeed. It would be fair to be surprised by this as his footwork and ability to walk around opponents is a skill usually found in a smaller frame.

As part of a dynamic duo with the next player on the list, Bystedt’s smooth hands and feet allowed him to move around defenders. His quickness and offensive prowess opened the ice and allowed his vision to work its magic. Bystedt was a consistent threat in the offensive zone.

While his hands and passing abilities are what stood out the most, his three goals in the tournament showed that he wasn’t afraid to put it on net either. His shot was good. While it may not be the seemingly self-directing shot of Sundin, he can definitely still put the bread in the basket.

If he can continue to develop throughout the season, he may just be a player finding himself creeping higher up the draft board.

Winger Liam Ohgren, the second half of the Swedish duo. With 4 goals and 7 points in 5 games, it would be pretty safe to assume that Ohgren and Bystedt had chemistry. It may not have been enough to take them all the way, it certainly helped get them close. Standing at 6’ 1” and 187lbs Ohgren is another large framed Swedish player who had deceptively quick feet. He often found himself alone on breakaways or causing scoring chances with his hustle. At times, Ohgren was caught holding the puck a little too long. But he also showed confidence in his own game. “He was one of the strongest skaters I saw at this tournament. He has the explosiveness out of his edges and turns to spin away from pressure and (that) is something NHL scouts really look for” says DraftPro Head Scout Jared Brown.

His speed and accurate shooting ability, mixed with his size, make him a valuable upcoming prospect. Ohgren was able to show what he could do when partnered with a dominating play-driver such as Bystedt. The duo was consistently turned to for possession time in the offensive zone and regularly responded well. They couldn’t quite get it done in the end, but it wasn’t for the lack of trying by the two fellow linemates. The Sedin Twins would likely be applauding the effort by the youngsters and remembering their own younger playing days.

Ohgren should be on the radar of most scouts. He could work on his shot velocity a little more, but his overall play and athletic size should make him a prized prospect for any team in the 2022 draft.

Jonathan Lekkerimaki ended the tournament as Sweden’s leading goal scorer. With 5 goals in 5 games, the center showed the world that he may just have shades of Mats Sundin in his game.

Those goals were his only points of the tournament. 5’11” tall and 172lbs, Lekkerimaki is a pure goal scorer and built like it. His shooting ability and nose for the net were on display as he continued to turn the mesh black. His control of the play was evident as he played a quarterback position on the powerplay. His patience with the puck allowed him to calmly make the right plays.

His feet were quick, he was strong on his edges and able to adjust on the fly when something didn’t go according to plan. It was evident that the coaching staff had high trust in Lekkerimaki and that is always a good sign for young players on the international stage. Handling the pressures of a game at such a high level does not come easy.

Too many times players at such a young age can crack and sink away to the shadows of the hockey world. Talented players can drop away to lesser leagues because of the mental stresses of the extra attention. Lekkerimaki was intent to make sure it didn’t happen to him and gave it his all to push his team through. In the end, it wasn’t quite enough.

Lekkerimaki could use a little weight to make a real impact in the NHL. His goal-scoring ability and excellent shot will get him plenty of looks, but adding a few extra pounds will only add to his already loaded toolkit.

Goaltender Hugo Havelid tried to put on a solid performance throughout the games he played in the tournament. His Goals-Against-Average (GAA) of 4.43 doesn’t appear to showcase the point, but numbers can be deceiving. His usage against the tournaments highest scoring teams did not bode well for the young keeper.

Let’s not pretend that Havelid is a perfect goalie, he’s not. However, his visual play and overall numbers outside of the tournament of 1.99 and 1.97 GAA, as well as his .915 and .924 Save Percentage (Sv%) respectively, paint a prettier picture than that of his Hlinka statistics.

There is no denying that at times, Havelid appeared shaky. He seemed a little uneven on his skates; as if his nerves were getting to him, or his blades needed a sharpen. Despite this, his natural instincts were there. He made plenty of strong saves throughout his games and even made some minor adjustments mid-game after letting in a 5-hole goal against. He could be seen double-checking that his stick remained flat to the ice on subsequent shots. Unfortunately, he was left to battle the offensive firepower of both Russia and Slovakia. With all guns firing, Havlied just couldn’t maintain a shield around his goal-line long enough to win the games.

If Havelid can work on his footwork and steadiness, he could turn into a solid sleeper pick if given the right opportunities.

Gustaf Albihn was the other half of the Swedish goaltending duo. The strength of the Swedish team was their eagerness to share responsibilities. Alibin put together a fine performance. After playing against Germany and allowing 3 goals against a much weaker team, the Swedish coaching staff decided it was better for Albihn to sit on the bench. Based on how the games he sat went, whether the decision was a good one, could be up for debate.

Albihn played 2 of the 5 games for the Swedish team. He finished with a 3.0 GAA, and closed out the tournament for the third-place finish. He stood strong when he needed to and showed he could carry the load when others fell short. While I didn’t see enough of Alibihn to make many in-depth observations of his play. His ability to step in cold to play a podium game and proceed to win it makes him well worth the mention.

The rest of the squad played respectable hockey. Elias Salomonsson played a steady defensive game but didn’t blow up the score board. While he may be an exciting player to watch as the draft draws near, there wasn’t as much to highlight in this tournament.

Sweden didn’t go into the tournament looking for third place, no team does. That doesn’t mean they shouldn’t be proud of the accomplishment. If it weren’t for the extremely strong showings of the Russian team and the Slovakian surprise, the structured play of Sweden would have likely had them battling for the bragging rights of being champions.