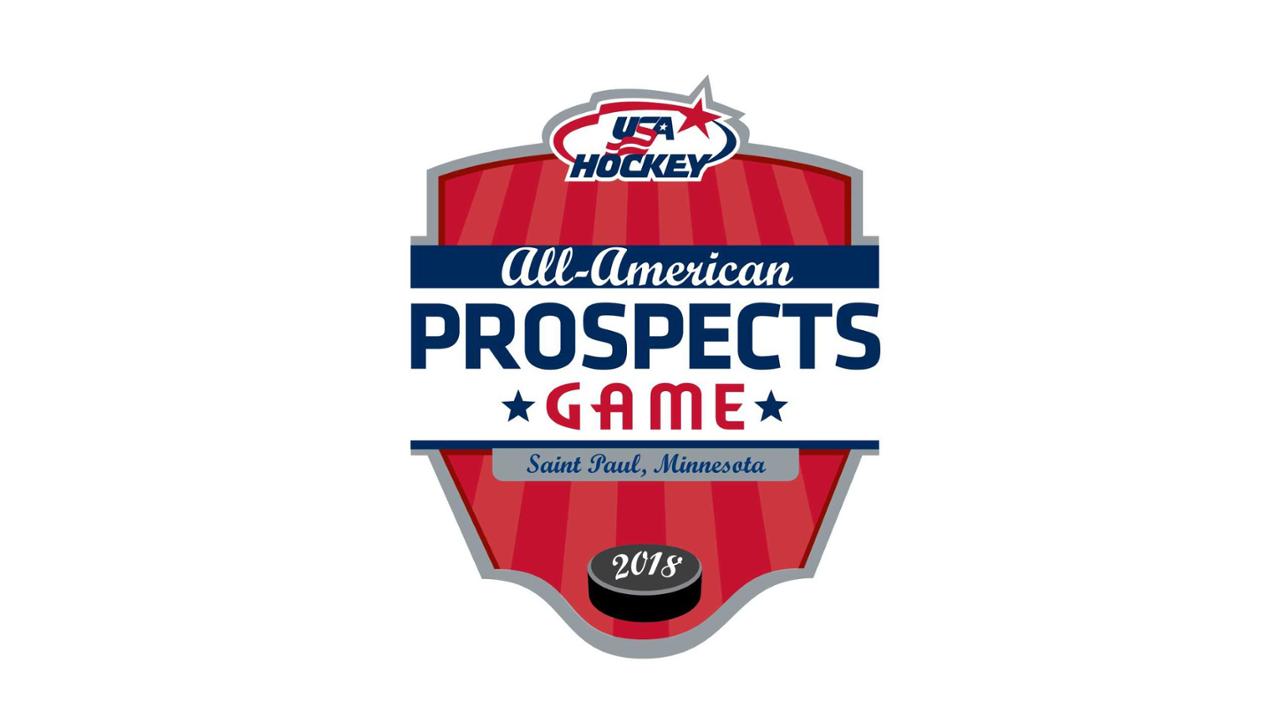 The 2018 event located in St. Paul Minnesota at the Xcel Energy Center was a success in that the impressive talent was equally distributed between the two sides of what turned out to be a speed-filled and hotly contested affair, something that is not always the case in these exhibition best-on-best contests. The entertainment level was high as the team coached by former NHLer Jamie Langenbrunner storming back from a two goal deficit to beat the team coached by former NHLer Jordan Leopold 6-4 after the later held a 4-2 lead late into the third period of the contest.

Center Jack Hughes, the top rated prospect and marquee name for this event, showed well in front of about 2500 fans, scouts and hockey people in attendance. Hughes had a handful of shifts where he took control of the game in the offensive end forcing team Langenbrunner to just hold on defensively. His shifty mobility, creative hands and slippery positioning were complemented by his tenacious offensive instinct as he put a game high eight shots on net. While he did create plenty of offensive opportunities he was not able to convert nor were his line mates on many of those chances able to bury the puck however contest his night was a success and showed why he is the top dog available in the 2019 sweepstakes.

Winger Cole Caufield, the diminutive scorer who has been compared to current Chicago Blackhawk sophomore Alex Debrincat, was a difference maker utilizing his opportunistic offensive zone positioning and deadly shot release to score two goals. He is so dynamic and quick, both in mind and body that his tiny size really does not register as a detriment when you watch him attacking in the offensive zone.

But it wasn’t just the smaller skilled guys who stood out in Minnesota on this night. Two size blessed forwards on team Leopold also caught some attention in six-foot-four Ryder Donovan and six-foot-two John Beecher. Both showed strong effort levels; Donovan using his powerful frame to protect the puck before making a play to either the net or a pass to an open teammate while Beecher utilized his lanky frame and tremendous speed to get to position before unleashing a strong shot on numerous chances. Each were able to contribute on the score sheet.

Over on team Langenbrunner the top rated prospect, center Alex Turcotte, had a solid game dishing out two primary assists and being involved in multiple other opportunities to change the score. His vision, patience, ability to slow the play down and find the correct option, the pin-point accuracy on his passes and skilled hands made him dangerous every time he touched the puck. Turcotte’s linemate, OHL’s Hamilton Bulldog winger Arthur Kaliyev, was the beneficiary of a few strong set-ups in generating scoring chances and he was able to show off his rocket of a shot in wiring a couple goals home. Kaliyev looked much better in this contests than he had in any of the Hlinka Gretzky Cup games this observer took in a month ago.

The unanimous top performer of the night however went to U.S. National Team U-18 squad center Matthew Boldy who won the game MVP and might have used this event to vault himself into a few NHL teams top 10 rankings early this season. Boldy was strong on the puck all night, showed off his crafty hands and strong instincts in where to be in putting up two goals and three points albeit in a losing effort. His smarts, skill and speed combination will make him highly valued come next June.

Vlasic impressed with his willingness and effectiveness in both closing off attacks physically along the wall as well as skating the puck deep into the opposition zone and joining the rush. York was the smart, effective puck mover who made consistently accurate passes and followed up the play as puck support. His while also utilizing defensive position to shut down situations in his own zone before quickly transitioning the puck back up ice.

Rowe and Knight both filled the net naturally with their impressive size leaving little room for shooters and also stood on their heads at moments, closing the door on multiple odd man attacks and crease front scrambles, limiting the offensive damage in their half game of play against these all-star squads where defensive coverage can be an afterthought.