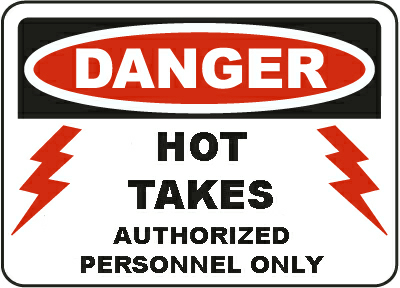 A few of our scouts from this season have been asked to give us what they think are some ‘hot takes’ on the 2022 NHL draft as we are just hours away from the first round. ‘Hot Takes’ are draft thoughts or even opinions that might be a bit of a shock to the public consensus but what they believe could or will happen. Thoughts from our evaluators after two years watching these prospects develop and seeing the NHL talent hounds following their every move. We know many of these will not happen but this is a fun little exercise that will hopefully give our readers some entertainment, even discussion points, as you wait for the first pick to be announced in mere hours.

After already selecting Shane Wright with the first overall pick, the host city of the draft will ignite a frenzy in the building and the Montreal fanbase around the hockey world, as the Canadiens find a way to acquire another top pick, resulting in the organization walking away with two talents in the top seven of the 2022 NHL Entry Draft. Montreal sends forward Josh Anderson, the 26th overall pick, and a second-round pick in 2023 to Ottawa, in exchange for the 7th overall draft pick. With the 7th overall pick, Montreal selects defenseman David Jiricek, essentially adding two top-of-the-lineup talents in Wright and Jiricek to bolster the rebuild.

Brad Lambert falls. Lambert was projected as a consensus top five pick by many before the start of the season. However his play this season has seen him fall to the mid-to-late teens or even lower on many rankings. Unfortunately for the dual Finnish Canadian citizen Lambert falls even further than that. The amount of red flags Lambert has shown will deter GM’s to stay away from him with their first-round selections, leaving a team to take a high risk/high reward chance on Lambert somewhere on day two of the draft.

With everything going on with Russia and Ukraine and the huge uncertainty on if Russian players will be able to report overseas, I predict we will see zero Russians get drafted in the first round on Thursday. Danila Yurov and Ivan Miroshnichenko, both regarded as the two top Russian prospects for the draft I think will be selected Friday in the second round. But I think they will be the only two Russians to be drafted in that round, with Yurov going in the 33-44 range and Miroschnichenko in the 44-64 range. Other players like Gleb Trikozov, Alexander Perevalov, and Vladimir Grudinin will have to wait until the third or fourth round to hear their names get called.

Habs go off the boards and select a defender with the 1st overall pick in the draft. Looking to 2023 you don’t see any defenders as of now that project the way guys like Nemec and Jiricek, or even Korchinski, Mateychuk, and Mintyukov do. 2023 is very forward heavy, and since the Habs still wont be anywhere near competing for a playoff run next season, they can select a foundational forward with a top-5 pick with guys like Bedard, Fantilli, Michkov, Yager, Sale, and more all projecting to be available. The Habs ultimately select a defender at No.1 in 2022, then take a stab at a forward in 2023.

2022 prospect Jack Devine goes much earlier than the consensus rankings suggest. His performance at the NCAA Frozen Four was likely enough to convince an NHL team to jump him up their board and snag him near the end of the first round despite being ranked as a second or third rounder much of the season. The single youngest player in the entire NCAA was one of the best playmakers, puck protectors, and forecheckers on the national championship winning University of Denver team.

NTDP defenseman Lane Hutson, all five-foot-eight and a hundred and fifty-eight pounds of him, is slated to go anywhere in the late first through the second round by most sources, with a first round selection seen as very risky due to his lack of ideal size and dynamic skating, but to the surprise of everyone he hears his name called in Montreal when the Anaheim Ducks step up to the podium and take a home run swing at 10th overall on the offensive dynamo. Looking back on the draft ten years from now, Hutson becomes a top five NHLer from this draft class.

What hot takes do you have? Post yours on twitter using the hashtag #2022NHLDraftHotTakes for a chance to win a free 2022 DraftPro Yearbook.