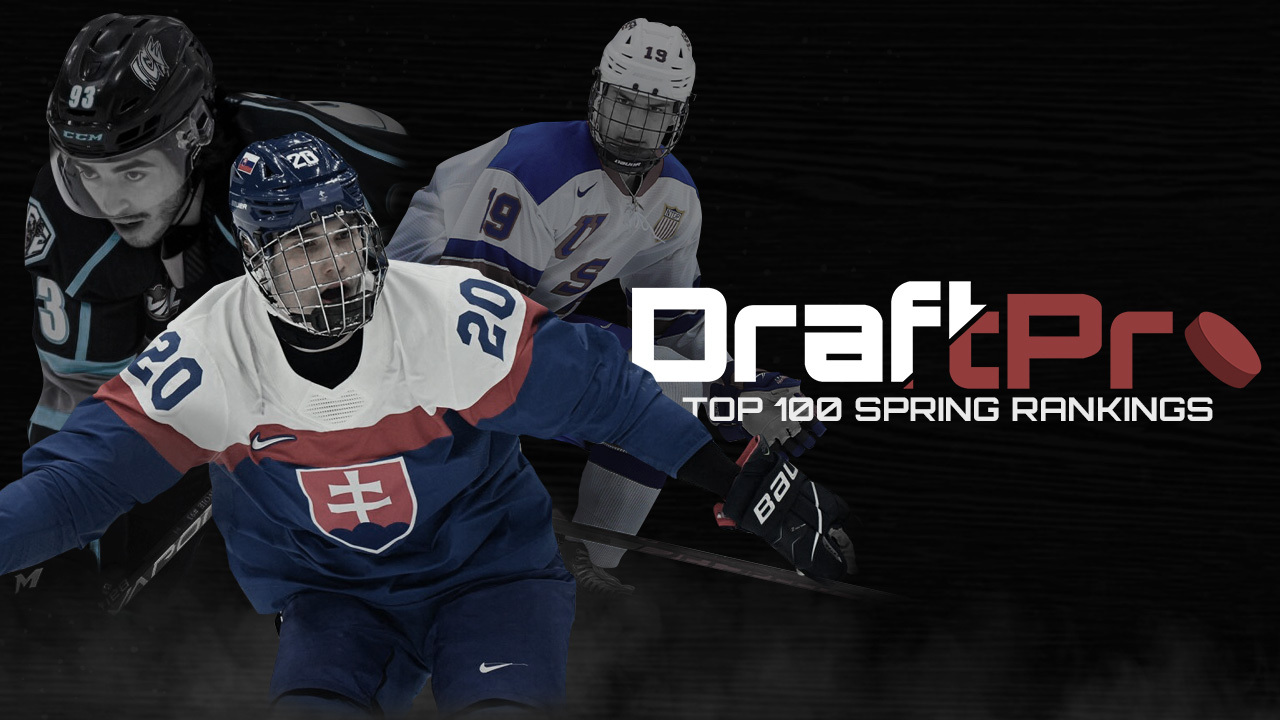 After a long winter of viewing the best late 2003 and 2004 born hockey prospects from around the globe we came together as a group to hammer out our spring rankings. This is the fourth of five rankings we at DraftPro put out with our last and final rankings released just after our draft publications are published in late May.

Compounding our thoughts going into this meeting were our thoughts on what is going on in Europe with the invasion of Ukraine by their neighbors Russia, and what that might do to not only the global future but also the immediate outlook for those young men who are playing the game in both nations. Would NHL teams shy away from investing in a prospect because of the unknown surrounding this situation? Some of our own staff have been uprooted as they flee the conflict, and our thoughts are ultimately on them and their safety first and foremost.

Eventually we decided to submit our spring rankings based solely on evidence of on-ice skills, and not what might be a boycott of an entire nations talent pool (Russia) as a result of one regime’s power hungry actions.

Below is our Draft Prospects Hockey Spring ranking release of the top 100 prospects eligible for the 2022 NHL Entry draft.